LeapPad2 Review: Where to Buy LeapPad 2 and How Diffierent is it From the Original 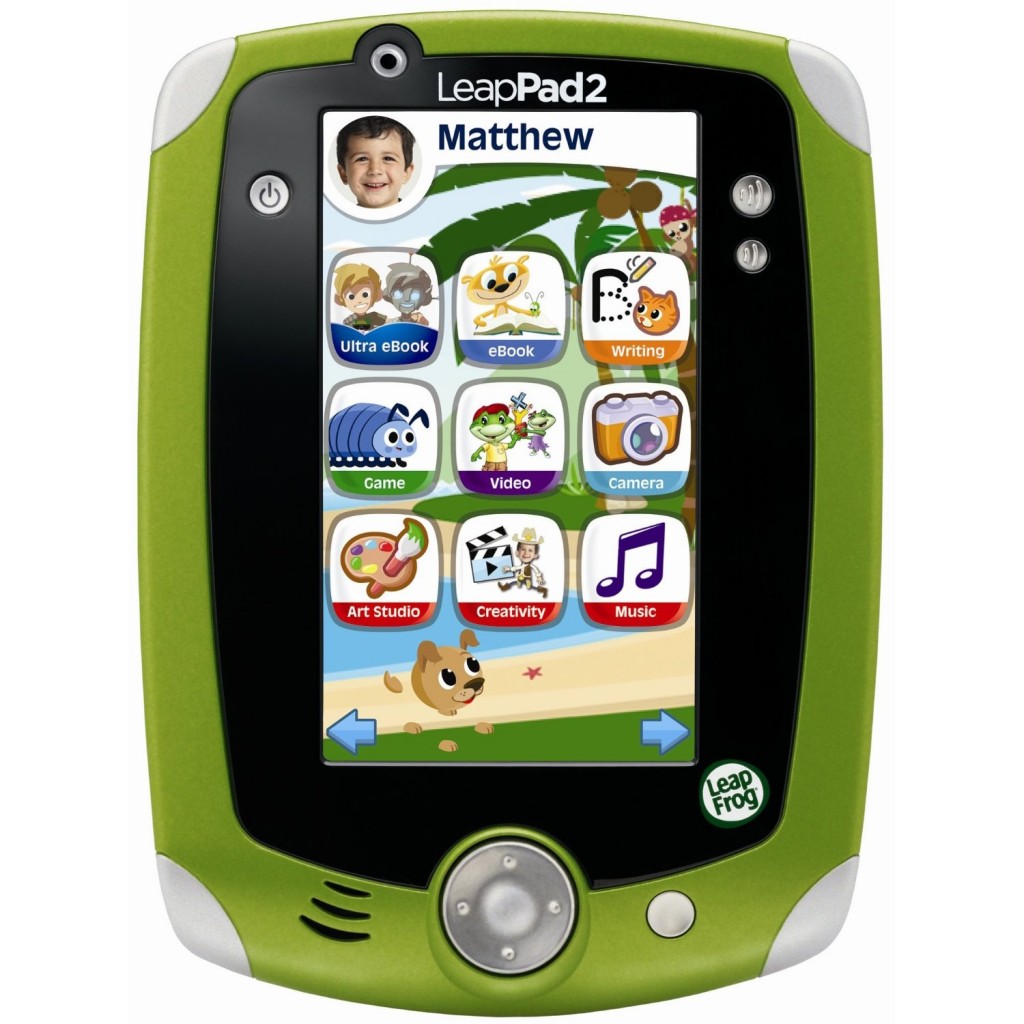 OK, so you’re wondering just where to buy LeapPad2, but before you get to splashing the cash, it would be prudent to reflect back on the original LeapPad and compare the two.

There is no doubt that the buzz word on the streets is that the LeapPad mark II is one of the hottest gadget-y toys for 2012.

You’re kidlets are probably on the verge of driving you insane with the incessant chitter chatter about how cool the LeapPad2 is and the – ‘I want one for Christmas.. pleeeeaaaase… can I?’ –  trick.

The thing is, you’ve probably already splashed out on the original version which only came out last year, and you’re thinking… ‘what’s changed here’, ‘Am I just being sucker punched into buying the new one ‘cos the kid gives me those big doe eyes’.

Well hopefully, we can clear a few things up about where or not you think there is real value in buying the new model.

However, many of these kids will already own the original LeapPad from last year. Has enough changed to make it worth buying a new model?

Here’s a recap of the Original LeapPad.

But for now, let’s explore LeapPad2.

The LeapPad2 also comes in pink and green but the colors are more prominent, with the entire screen frame being colored, not just a few colored splashes around the edges.

This version has the same video camera but also, a still camera that flips between the a frontal and back view making it easier for your kids to take photos of themselves.

The original LeapPad only comes with three apps. The LeapPad 2 comes with five. Four that are already included with the device. Your child can download an extra game of their choice.

Certain games use your child’s picture and incorporate them into the story, letting them feel like they’re actually in the game themselves. You can also buy gift cards for LeapPad2 downloads.

Thank goodness the manufacturers of the LeapPad2 have come to their senses and are now actually offering a rechargeable battery pack, as well as the AC adapter. Just like the original, there are also man assortment of gel sleeves, carrying cases and plastic, stick-on screen protectors. 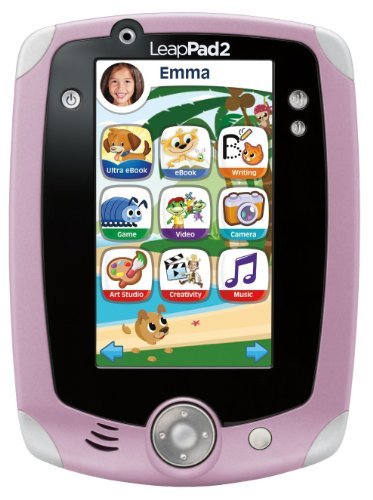 What’s Changed? A Quick look at the differences

Screen Border Colors: The LeapPad2 has the entire frame covered, not just accents.

Cameras: The LeapPad2 has front and back still shot cameras and the LeapPad original only has one camera on the back of the device.

Weight: The original LeapPad weighs almost 2 lbs while the LeapPad2 does not even weigh a pound and a half.

Internal Memory: The LeapPad2 has 4GB of internal memory, twice the amount that the LeapPad original has.

Amount of Pre-Programmed Apps: Both let you download one app of your choice, but the Original LeapPad only gives you three free apps total while the LeapPad2 gives you a total of five.

Amount of Games and Apps Available: The original LeapPad has a little over 100 and the LeapPad2 has over 325.

Ability to Recharge: The LeapPad  has a rechargeable battery pack (sold separately) and the original LeapPad only offers and AC power adapter.

Both toys are great for kids from 3 years and up, and both are equal in terms of sturdiness.

As for the price, there’s not a huge difference, which is great news considering that you get more bang for your buck with the LeapPad2.

If you’re planning on buying the original LeapPad, perhaps you should re-consider.

If, on the other hand, you already own the original LeapPad, know that while it still has great gaming and learning capabilities, it’s probably not worth going out and buying an entirely new game console.

Where to Buy LeapPad 2

Most toy stores will stock this device this year, although you can get them online from Amazon, enjoy the free shipping and not worry about fighting the crowds.