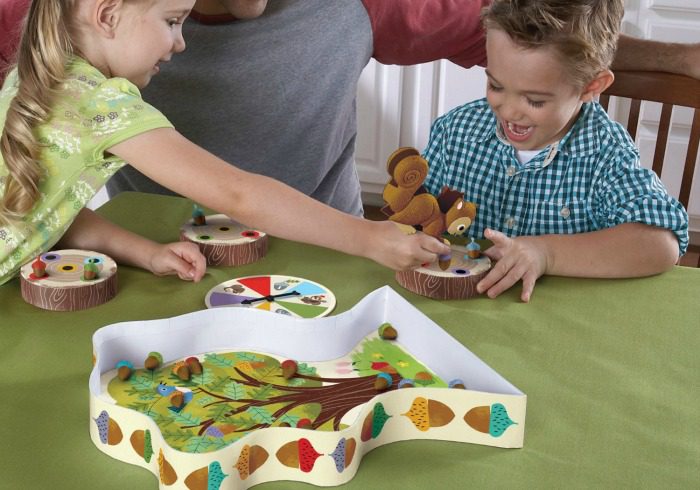 If you had to list the top board games for 5 year olds, which games do you think would make the list and why?

It’s a tough call as there are so many games for preschoolers to choose from. How on earth are you supposed to quickly and painlessly make your toy buying decisions with a zillion different bright and sparkly options being thrown at you?

But hey, someone has to take a shot at trying to whittle down the ever expanding inventory of brilliant toys. So this is what I’ve got for you. 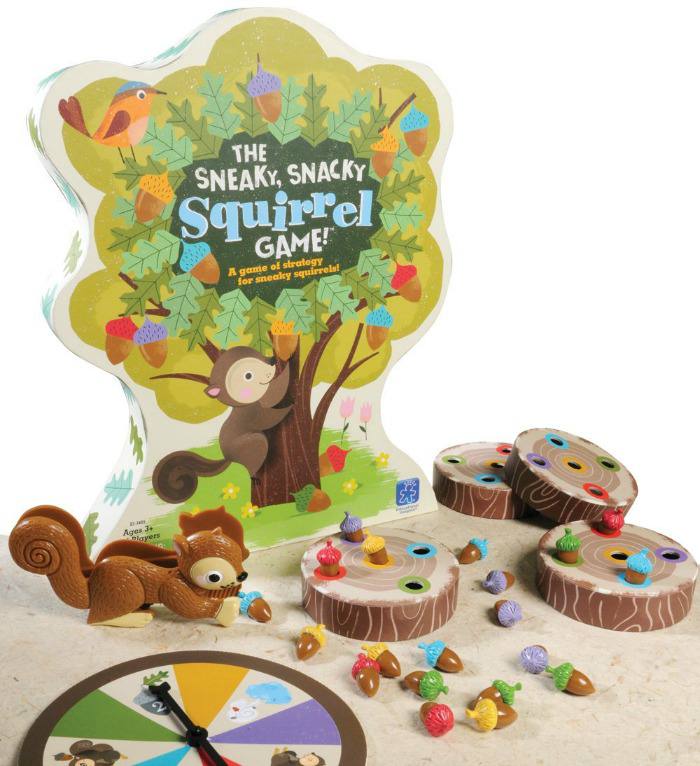 Oh I just love the title of this highly educational game for children. It has a sort of mischievous streak to it, which is right up my alley. It also happens to be a pretty cool game for preschool children which will get them thinking about, plotting and scheming their next move.

The object of the Sneaky Snacky Squirrel Game is to win as many brightly colored acorns as possible. Each player takes it in turns to spin a spinner which decides whether they’ll be rewarded with an acorn or not.

There’s even the option to steal an acorn from another game player, if they think fast about it. The acorns, spinner and wooden resting logs (on which the acorns are placed) are all color coded, adding another educational dimension to the game.

Great board game for 5 year olds for: the development of hand-eye coordination, dexterity, color recognition, matching, concentration and communication skills. 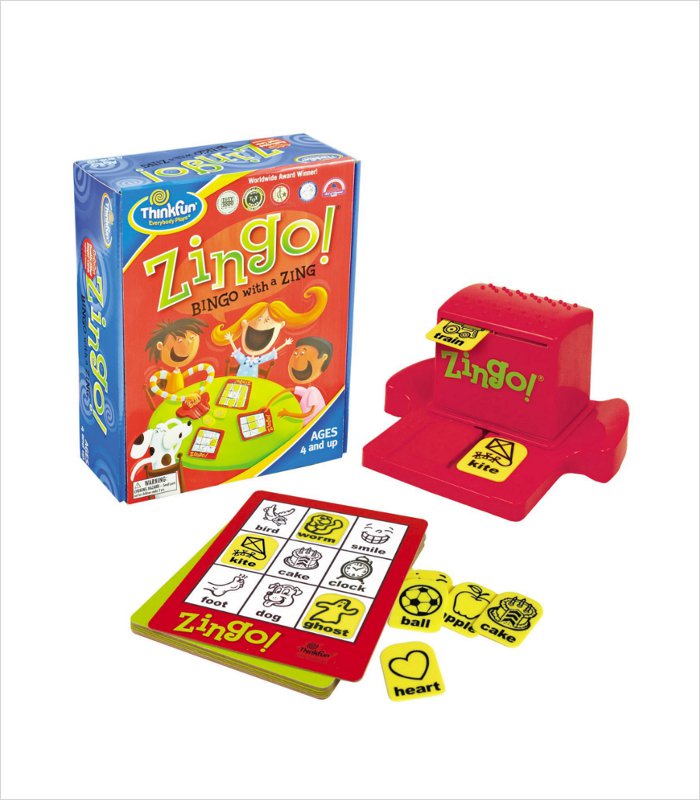 Zingo! This is a great matching game for kids who read or are on the verge of reading. The game is similar to traditional Bingo except instead of numbers, each player gets a board with easily recognizable pictures on it – things like cat, banana, clock and so on. Each picture has the corresponding word underneath, which is great for encouraging kids to start associating images with words.

One person takes charge of the special ThinkFun Zingo slider which reveals two tokens at a time. The players have to be quick and yell out if they see a token which is a match for their board. The child to fill their board with all the tokens first is the Zingo champ. 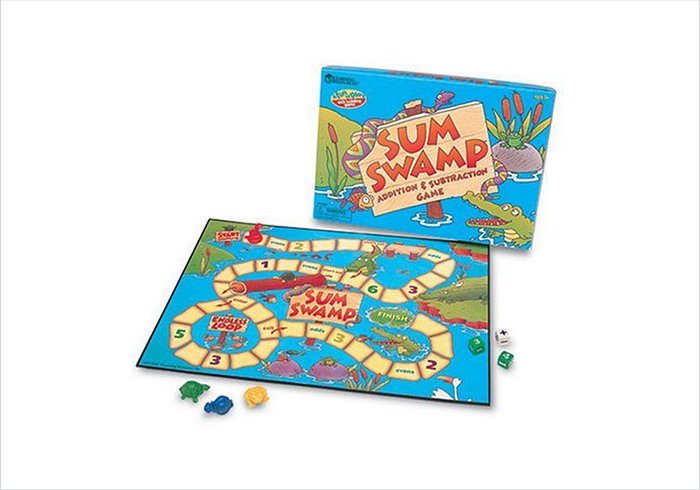 I ain’t gonna lie. Me and math, we don’t get along too good. In fact I still struggle with what most people call basics mathematics. It just never ‘clicked’ with me. Of course I totally blame that on my strong dislike for the subject which developed from an early age. Math was and still is my nemesis.

So when I see a kids game that turns the concept of math into something FUN and highly engaging, I’m all ears.

The Sum Swamp Addition and Subtraction Game turns math into an adventure that you just have to explore. It’s a 2-4 player educational game for 5 years olds and up. The game features four different animal pieces and the object is to make it around ‘swampland’ adding, subtracting and negotiating simple equations along the way.

Great board game for 5 year olds for: the development of cognitive (the math element), physical (manipulating dice) and communication (imaginative storytelling) skills. 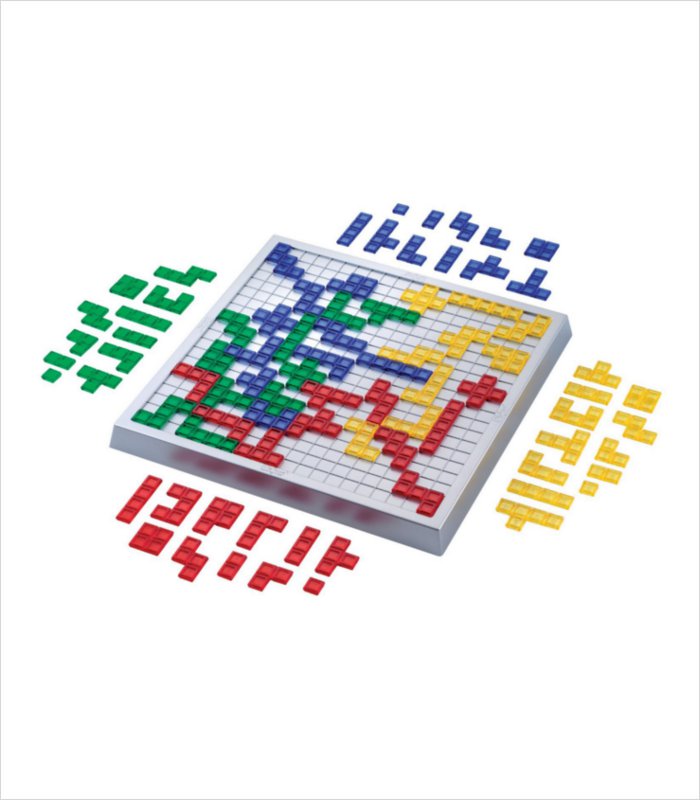 Is your child a bit of a thinker? They’d love Blokus. This is an awesome four player strategy game in which each player gets assigned a set of colored tiles to work with (red, green, blue or yellow). It can be played with just two players but things get a bit more complex as each player would then need to play with two different color tile sets instead of one.

The aim is to be the first player to get rid of all their tiles. Not as easy as you may think.

There are certain rules which must be adhered to. For example each tile which is placed by a player needs to touch the corner of the tile they placed previously otherwise points will be lost. Tricky eh?  Now as the tiles are all different shapes, players have to be cunning in deciding which of their pieces to lay down first.

I almost overlooked this as an option for this list because for some reason this game has an older kids feel to it – it’s pretty abstract without any childlike ‘theme’ to it as such. But it is a highly educational game for a five year old and it’s pretty easy to learn and teach.

Great educational game for 5 year olds for: the development of lateral thinking, cognition, empathy and perspective taking (pre-empting how the other player(s) will make their moves), matching and math skills. 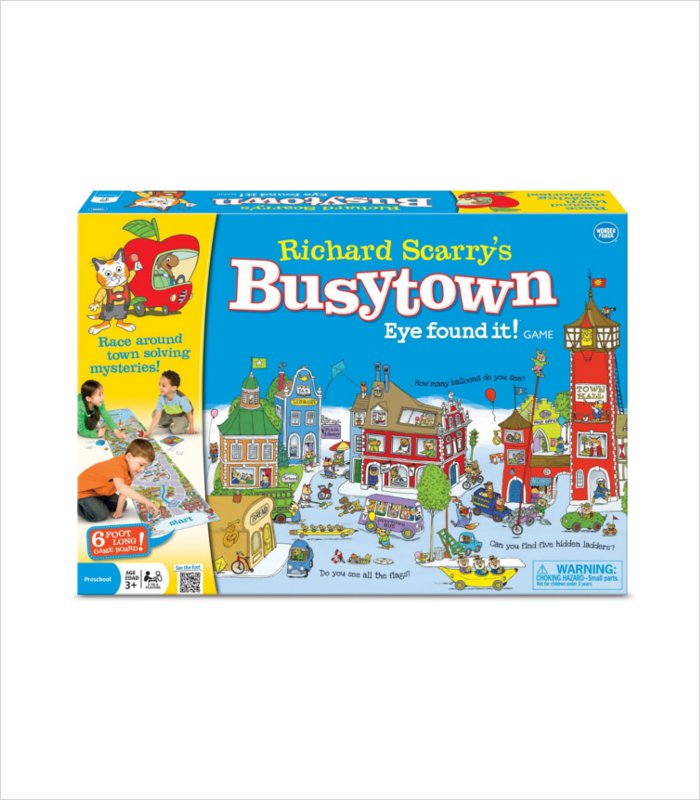 My final selection for today is Richard Scarry’s Busytown. It’s a super fun themed game which is based on kids television show The Busy World of Richard Scarry. The show may not be on air any more but the popularity for this game is evident from its near perfect 5 star status on Amazon.com.

The aim of this game is to search for specific objects with a view to moving around a giant floor board (which is around 6 feet). It’s a 4 player game in which each child gets a turn at spinning a dial and picking a card to reveal a task they need to complete, such as finding picnic food or getting to a certain part of the board.

The teamwork element really kicks in when someone lands on the Golden Bug card – that’s when everyone must work as a collective to reach their goal.

What I like about this game is that it is very social. Instead of competing against a component, your child works co-operatively with others to achieve a common objective, thus instilling a sense of team spirit. Everyone ends up the winner. Plus kids have to concentrate really hard to find these objects, which is great because this requires patience, persistence and determination.

So that’s my top 5 educational games for 5 year olds. What do you think? Leave me a comment or two in the box below.

10 Printable Holiday Gift Tags from Etsy. So Adorable, You’ll Want Them All
Our website uses cookies. By continuing to use this site we take that as your consent to use cookies as outlined in our Cookie PolicyOKRead more